Home » Blog » 6 Reasons You Should Choose Propane Over Natural Gas

6 Reasons You Should Choose Propane Over Natural Gas 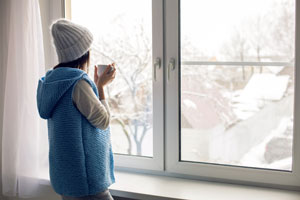 According to consumer surveys, people look to propane as their home heating fuel of choice because they trust in its reliability. The fact that they can keep an always-available, plentiful supply on hand right on their own property is a definite draw.

For natural gas customers, though, this level of security is not the norm. Recent events, like the last week of January’s polar vortex, have put a real damper on consumers’ confidence in natural gas. This Arctic air took over the Midwest and sent the demand for all heating fuels through the roof.

The issue became even more serious in Michigan, when there was a fire in one of its compressor stations, which are facilities located along natural gas pipelines and exist to compress gas to a specific temperature. This process allows the gas to continue traveling along the pipeline until it reaches its intended destination.

While the fire was handled quickly and without any reported injuries, the gas flow out of the station was shut off, so the utility tried to meet demand by directing the natural gas supply out of reserve storage areas. This was just the beginning of a bigger situation.

The fire at the compressor station was quickly brought under control and no injuries were reported. However, all gas flow from the station was shut off, and the utility had to start directing its natural gas supply from reserve storage areas in an attempt to keep up with demand. But a crisis was quickly brewing.

As a result of this brewing crisis, the gas utility asked customers to lower their heat in order to avoid a dire natural gas shortage. Some work shifts at manufacturing plants with high natural gas usage were canceled. A Minnesota gas utility experienced a similar situation, when temperatures dropped to nearly -30° F.

At one point, both the Michigan governor and the gas utility alerted the public via radio, TV and Facebook. They placed automated emergency phone calls to all state residents – including non-natural-gas customers ­– asking them to reduce their energy usage.

That wasn’t the only request for a reduction in energy usage, either. Another large, state utility made a similar request, but this one was about electricity. The system’s connection to energy grids in other states and Canada were cause for concern.

Even though the natural gas shortage itself didn’t last terribly long (it was over when the extreme cold subsided), the situation was a reminder of the advantages of propane – particularly with regard to supply.

The processing and transportation methods for propane give it a real edge over natural gas.

Propane has a distinct edge over natural gas because of the way it’s processed and transported. Liquid petroleum gas (LPG), which is compressed propane, is stored inside large tanks until the local propane company delivers it to a home or business.

Before exiting the tank, the liquid propane becomes gas. It’s released through a valve – slowly and safely – and guarantees that customers will not lose their supply. However, if an underground natural gas pipeline has an issue or sees damage, customers may actually lose their supply while they wait for repairs to be completed.

A number of natural gas’s characteristics – especially in terms of its advantages – are similar to those of propane. This is worth noting when you think about the fact that natural gas is the leading home heating source in much of the United States.

Here’s a list of some of the overlap in the advantages of these two fuels:

Natural gas is not an option for homes that don’t have gas pipelines installed in the area. Propane however, can work for customers in each of the United States’ 435 congressional districts!*

Safe and secure: storage that works for you

One major advantage of propane is that it can be stored on site, allowing for the customer’s maximum peace of mind and security. Automatic delivery, prebuy and other plans that are created to suit your needs allow propane suppliers to guarantee that you will have clean and dependable propane on hand.

Propane compression is easy – that is, when highly trained professionals who use regulated techniques and equipment handle it, and with the regulation of federal, state and local authorities. Gas pipeline problems, on the other hand, can end with tragic results, like last summer’s explosions in Massachusetts.

The ease and flexibility of a propane gas line installation

For most households, a propane line can be fed in through a number of different entry points – there just needs to be a nearby tank. Some requirements about a propane tank’s distance from the home do exist, but they are not too stringent. All of this may not be the case when it comes to natural gas lines.

Propane – in its original form – is not a greenhouse gas. It’s considered “green” because it has low carbon content. However, the incidence of underground natural gas pipelines leaking methane is cause for environmental concern.

With a much smaller range of flammability – the span between minimum and maximum burn temperatures – than natural gas, propane does not ignite when it’s combined with air until the ignition source reaches a minimum of 920° F.

If you would like to learn more about the benefits of propane, read more here.

Fill out the form below to be notified by email.

Fill out my online form.